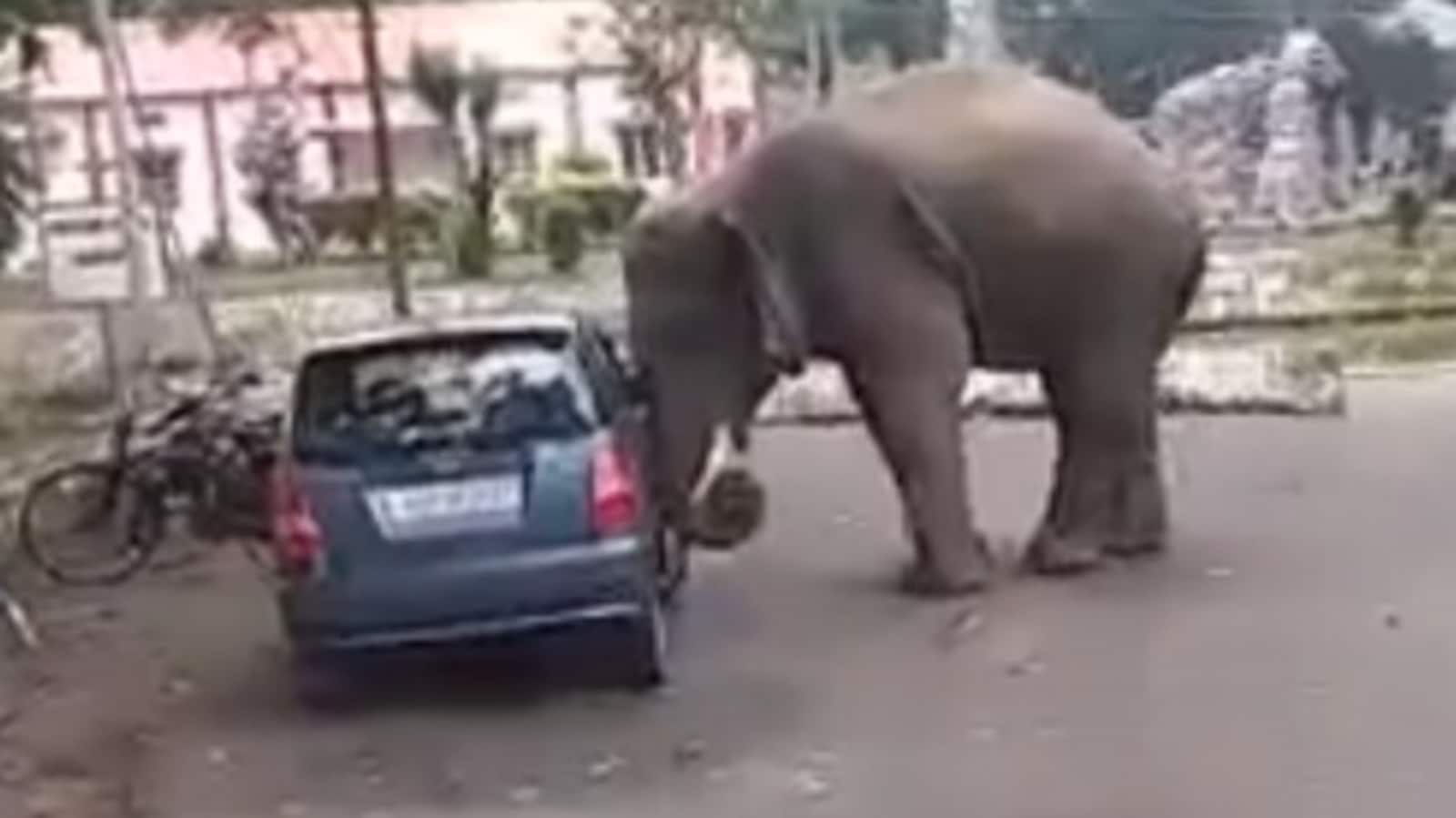 Watch: Hyundai Santro becomes a toy car for this elephant

A wild elephant attacked a Hyundai Santro Xing in Guwahati, Assam. We don’t know if anyone was in the car or not.

There have been several incidents of wild animals attacking vehicles. Here is another video that has gone viral on social media platforms. In the video, an elephant can be seen pushing a Hyundai Santro Xing sedan like a toy. The video is from Narengi military station, Guwahati, Assam. It seems that the Santro Xing was parked in the parking space when the wild elephant started pushing it.

This is not the first time that wild elephants have been spotted in this region. It seems there was no one in the Santro when the elephant attacked. It is not known how much damage was done to the car.

The wheels of the Santro are turned to the right when the wild elephant has started to push. Because of this, the Santro kept going in circles. It is not known why the elephant was angry or whether it was provoked or not.

Animals that attack vehicles have become quite common. Recently, a video of Wild Indian Bison attacking a three-wheeler went viral on social media. The incident happened in Kerala and it is expected that the Wild Indian Bison was provoked by the headlights of the three-wheeler. Another incident occurred in Hasanurm, Karnataka where an elephant attacked a Honda Amaze.

Always maintain a safe distance when there is a wild animal around. These animals are very sensitive to small things such as diesel noise, flashing lights, sudden movements, music, horns, etc. The animal may be afraid and think that the person is there to attack it. Because of this, the animal can attack the vehicle. If a person ever encounters a herd or wild animal, it is best to park the car to the side and wait for it to leave.

What to know before visiting