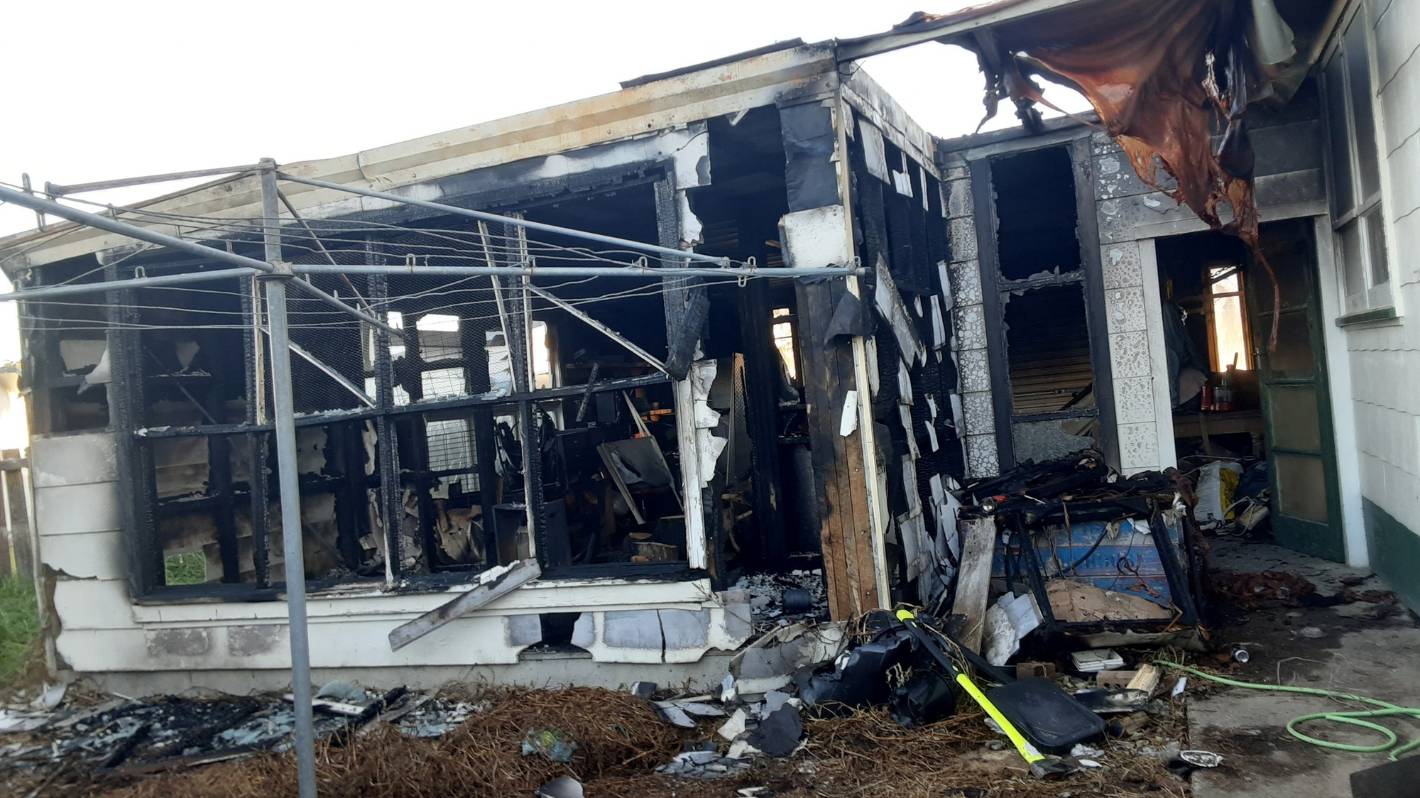 Firefighters said the car’s lithium battery was likely the source of the blaze after it exploded.

A mother sends a dire warning to parents after her son’s toy car explodes and burns down their garage.

Sarah Jennings, 26, was mowing the lawn at their Dargaville home with her 2-year-old son on Wednesday when she heard her neighbor shouting that her house was on fire.

Fire and Emergency New Zealand (FENZ) later said the fire was likely caused by a toy car battery left charging in his garage. The incident happened shortly after 2 p.m.

The service has recently witnessed a few battery-related fires across the country.

But Jennings said the toy car was not charged when it exploded because the charger was sitting in his house. There was no room in his garage to charge it.

In March this year, about 50 firefighters fought a fire at the Smart Environmental Center. Managing director and founder Grahame Christian said at the time that the company was pretty sure it had been started by a lithium battery. (First published October 2019)

Minutes before the fire started, she had put her son’s toy Jeep away after he had walked around it for a bit.

She bought it for him a year ago.

“I normally let him drive his Jeep when I mow the lawn, but that day I told him to take his toy lawn mower and come help me,” she said.

“If I hadn’t and he was still driving that car, I don’t even want to imagine what could have happened.”

FENZ risk reduction and investigations manager Todd O’Donoghue said fire crews attended four battery-related incidents in April – three in the North Island, including one in Auckland and one in the South Island.

These can be smartphones, laptops, smoke detectors, vacuum cleaners and toys.

“Like any product, some of these batteries can fail – they can overheat, catch fire or explode,” he said.

“When charging lithium-ion batteries, make sure they are on a hard, flat surface and not under a pillow, on the bed, or on a couch.”

Charging batteries in these places could cause them to overheat and start a fire, he said.

“Do not use or charge a battery that shows signs of swelling, overheating or damage and do not leave batteries or devices in direct sunlight or in hot vehicles.”

Jennings said she wants parents to be aware of the dangers of toys powered by lithium batteries.

If it hadn’t been for her neighbor who sounded the alarm, other houses would have also burned down, she said.

“I was very careful with his Jeep, I read the instructions carefully. I never overload him and I never leave him loaded inside the house for more than six hours at a stretch.

The toy car’s retailer has been approached for comment.