Marvel Studios has released the first look at the highly anticipated Black Panther: Wakanda Forever during their Hall H panel during San Diego Comic-Con. In a trailer for the film, fans got a glimpse of the titular new hero, but their identity was still hidden. But recently leaked merchandise for the movie has seemingly confirmed who’s under the mask.

The leak comes in the form of new LEGO sets for the film. They not only feature a first look at the new Black Panther, but also a look at Namor, Nakia, and Riri Williams as Ironheart. 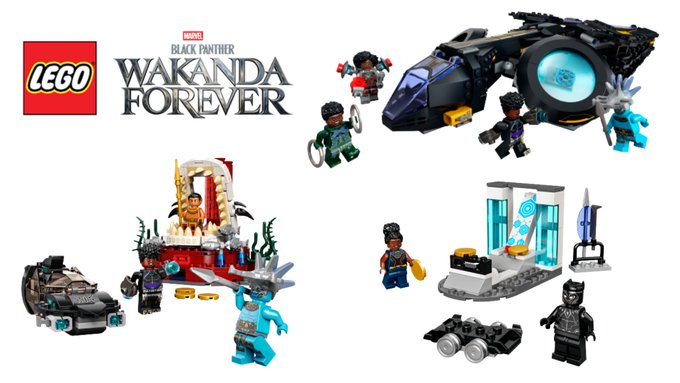 Based on the leaked toys, it looks like it’s actually Shuri in the new costume. It was long theorized that this was the case, but now it seems that it has finally been confirmed.

Are you excited to see Shuri take on the role of Black Panther? What else do you hope to see in the film? Let us know in the comments below!

Black Panther: Wakanda Forever will be released on November 11, 2022.

Did you enjoy this article? If so, consider visiting our Youtube channel, where we discuss the latest and greatest pop culture news.