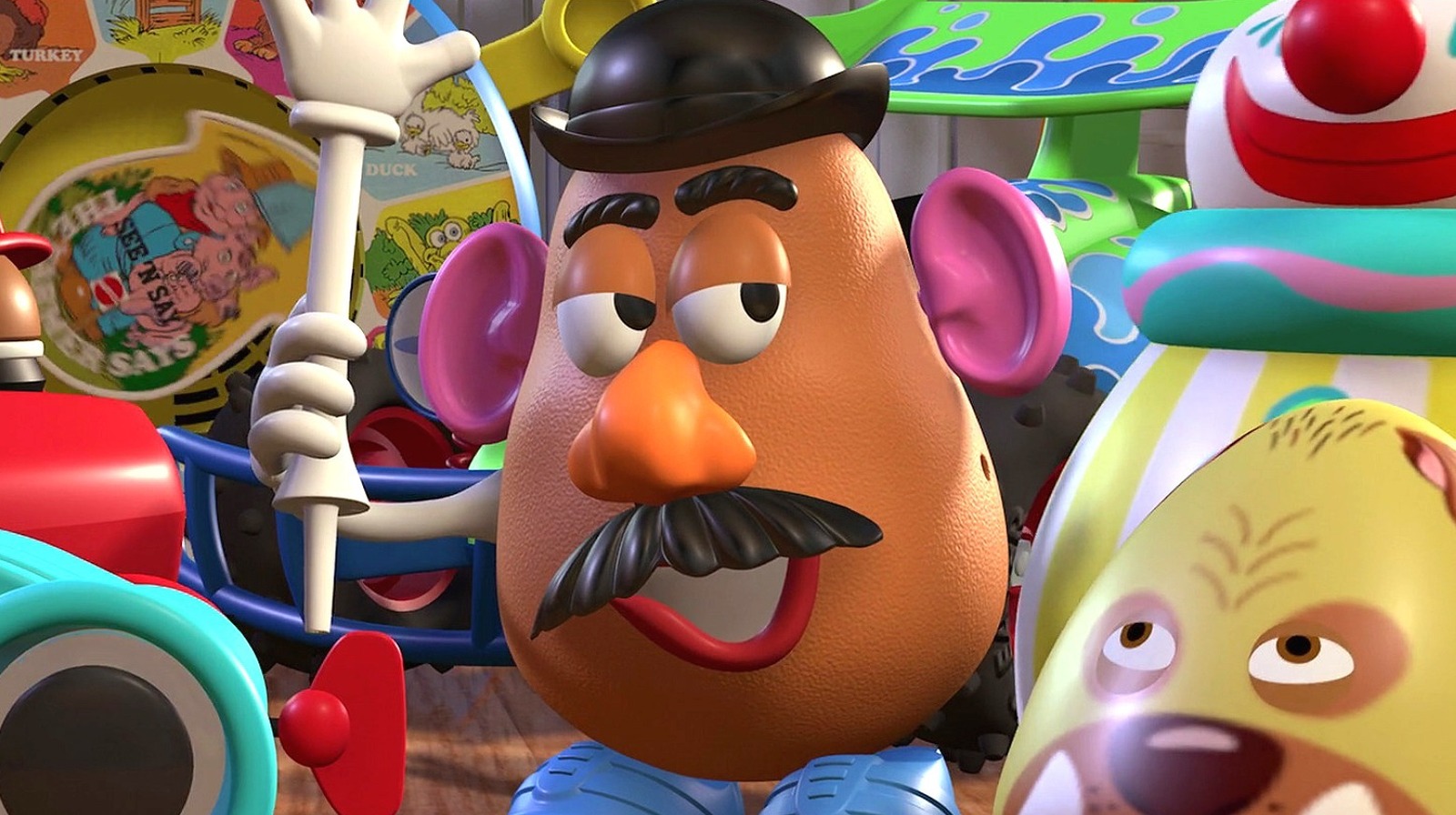 Before Don Rickles lent his vocal talents to the animated Playskool character, he took to the stage as one of the first comedians to specialize in the art of slurs. According to NBC Sports, Rickles began using the phrase “hockey puck” in the 1950s to serve as a zing against some show attendees. In fact, his 1975 Las Vegas stand-up special is called “Buy This Tape, You Hockey Puck.”

A scene from the original “Toy Story” makes a direct and clever reference to Rickles’ iconic line. In the scene, Mr. Potato Head rearranges his removable facial features and tells his piggy bank buddy Hamm (John Ratzenberger), “Hey Hamm, look, I’m Picasso!” Hamm replies that he doesn’t understand and walks away. A visibly grumpy Mr. Potato Head turns to look at someone off camera and says, “What are you looking at, you hockey puck?” As the screen pans, we see him talking to another of Andy’s toys – an actual hockey puck who shrugs in confusion as Mr. Potato Head stomps in annoyance.

It’s likely that very few kids (if any) caught on to this cheeky nod to Rickles’ stand-up career while watching the film, especially those among the new generation of Disney and Pixar fans. To them, it’s probably just another humorous scene of Mr. Potato Head being his usual curmudgeon. But for adults, especially long-time followers of Rickles’ work, it’s a brilliant addition to the film and one that will revisit Rickles’ favorite insult for years to come.

Alisa Toys expands into the US toy market • The Toy Book

A “progressive” state must protect consumers | My opinion