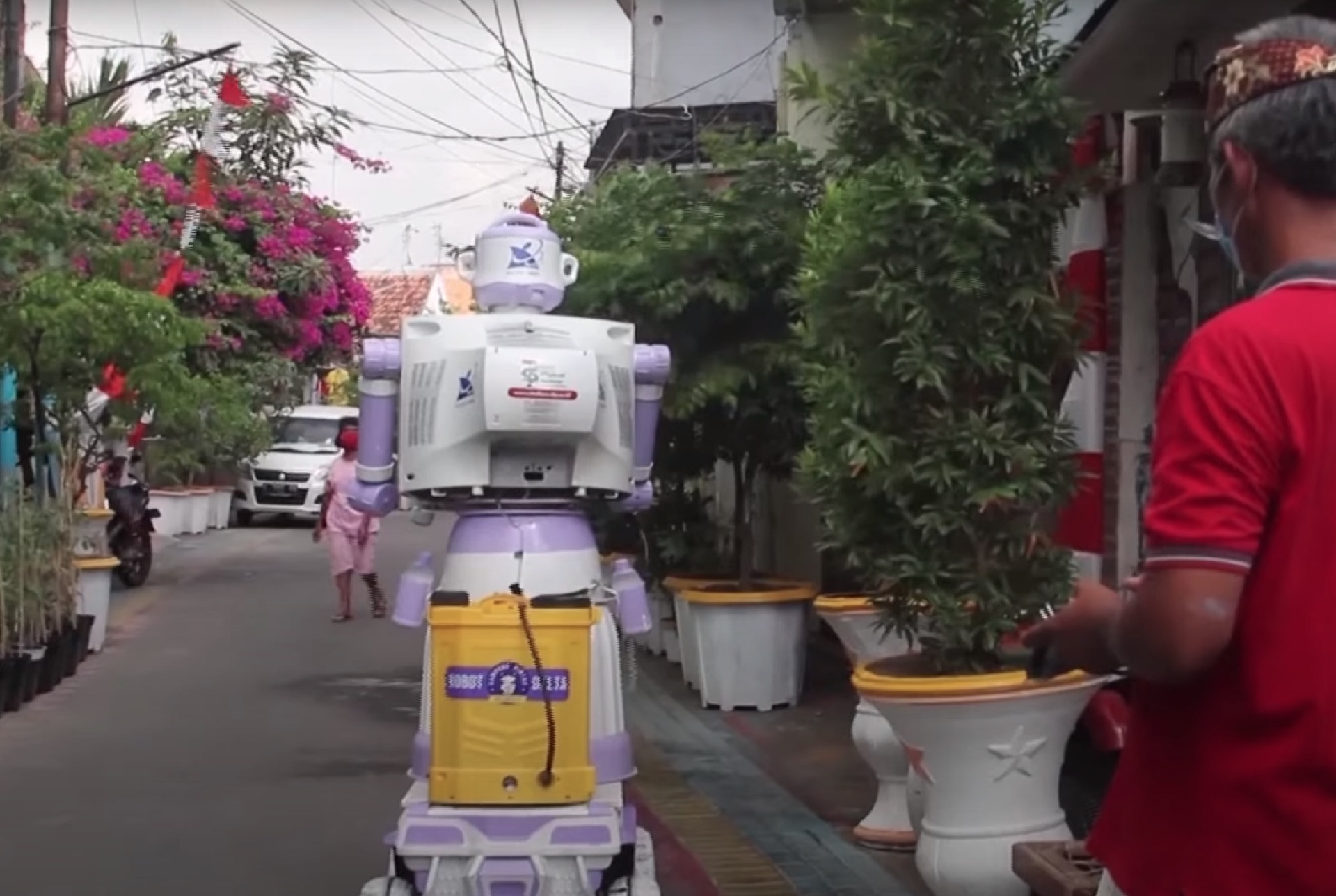 The basket turned to gold. Robot made of toy car chassis, pots and pans, steals the headlines

An Indonesian village makes headlines with a robot named “Delta”, built from household items like pots and rice cookers.

With the new wave hitting South Asia hard, Indonesians are once again forced to put everything on hold and see their normal way of life disrupted by the global health crisis. A lot of people self-isolate, and that’s where the recently dubbed Delta robot comes in. Performing a community service to the inhabitants of a village in Surabaya, this improvised looking machine has managed to win the hearts of all the inhabitants of the region. .

Built by a talented 53-year-old tech villager named Aseyanto, the robot is a mix of leftovers and household items collected from the neighborhood. Its head is made of a rice cooker, the base is actually a toy car chassis, and you can also find pots and pans and an old TV screen there, as Reuters reports.

The bot is powered by a battery and runs for approximately 12 hours on a charge. It is operated using a remote control.

While this was not the first robot built by the villager, it certainly became the attraction of the Tembok Gede. Although it was originally built just for fun, Aseyanto has reused its creation to give a helping hand and a smile to the people of Indonesia, helping them through this health crisis more easily.

Delta is a reliable official, helping self-isolating residents. He delivers them food, he sprays disinfectant, and tries to cheer people up by “talking” to them. Delta knows how to announce its deliveries, and it also wishes people “may peace be with you” and to “get well quickly.”

The numbers don’t look good in Indonesia, which Reuters said has become the epicenter of the new outbreak in Asia, with more than 3.6 million people infected.