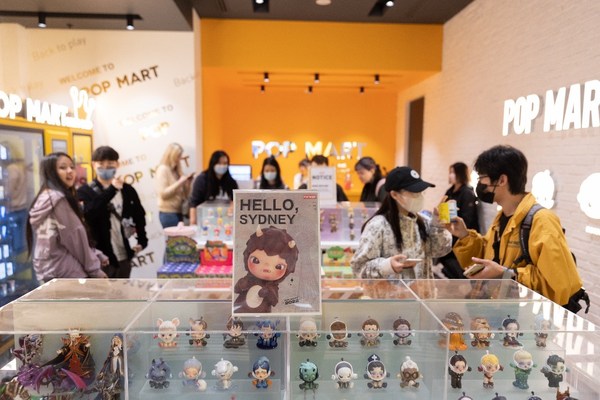 The store is located in Westfield Sydney, in the CBD of sydney. It combines Robo Shop and a retail store, allowing consumers to enjoy a unique offline shopping pleasure. In addition to blind boxes, various products including 200% figures and MEGA COLLECTION are also available, meeting the diverse needs of art toy lovers.

When the store opened, a large number of art toy lovers were attracted by the launch of PINO JELLY “How do you feel today? » series, MEGA COLLECTION 1000% α SKULLPANDA Between Light and Dark, and the limited edition figures including PUCKY The Ghost- shimmering pink and A BOY – Mint.

Also known as designer toys, art toys are creative action figures that incorporate art, design, pop trends, drawing, sculptural relief, etc., different from traditional action figures that are based on characters from ACGN. In 2016, POP MART identified the art toy market opportunities and began to discover and develop outstanding art toy artists and designers. This strategy successfully marketed the niche segment of art toys on a large scale and started the trend of art toys.

With deep knowledge of art and culture, POP MART has successfully established collaborations with iconic design artists such as Kenny, Pucky, Ayan and SKULLPANDA, and enjoys huge popularity among fans around the world . So far, it has successfully nurtured famous art toy characters including MOLLY, DIMOO, SKULLPANDA, THE MONSTERS, HIRONO and PUCKY, all loved by fans all over the world.

MOLLY is one of the most famous POP MART characters. Created in 2006, she has lake blue eyes and pouty lips. In 2016, POP MART launched the first MOLLY series, which quickly became a hit. DIMOO is a shy and timid boy with Baby Cloud on this head. LABUBU is a lively and naughty elf with impressively cute jagged teeth. HIRONO was launched by POP MART in 2021. With distinctive design and fine workmanship, it quickly became popular among fans all over the world. 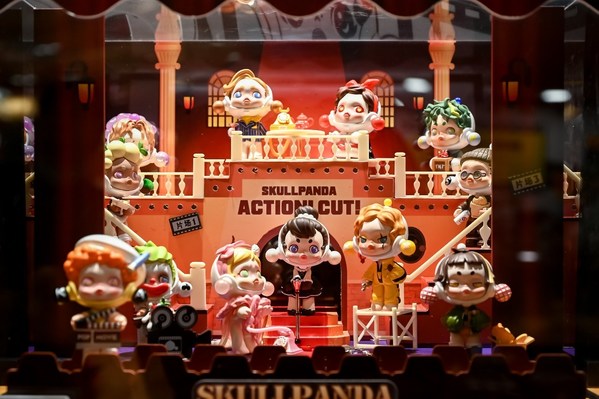 Since 2018, POP MART has expanded its global presence to 23 countries and regions while popularizing art toys in over 350 stores and over 1,800 Robo Shops globally. So far, it has opened a retail store, two pop-up stores, six Robo Shops and an official e-commerce channel in Australia.