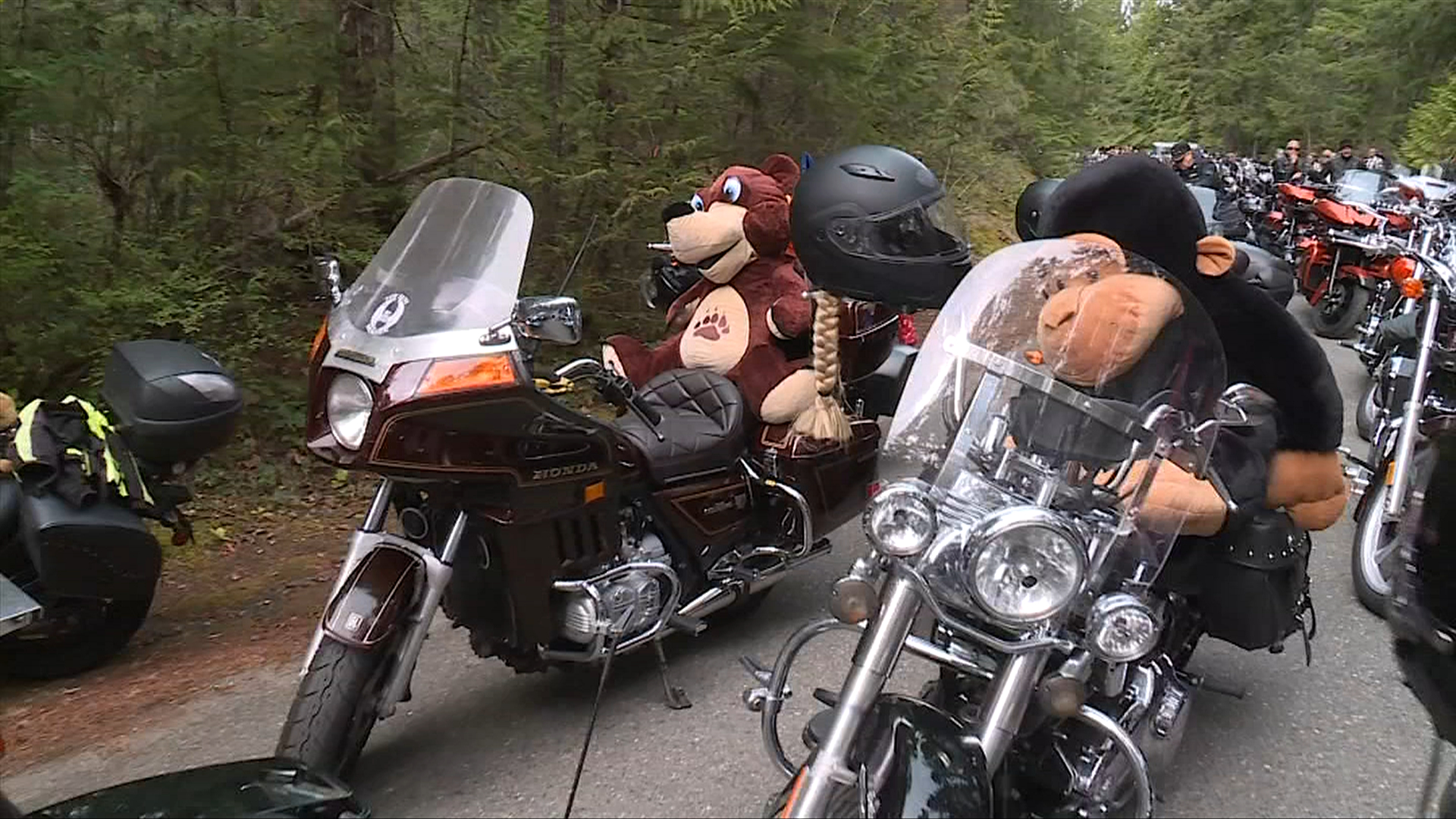 The gathering of polished chrome and metal was an awe-inspiring sight as more than 1,500 motorcyclists and their bikes gathered at Little Qualicum Falls Provincial Park ahead of the start of the toy race at noon Saturday.

“This is probably my 12th toy race. I do it for the kids and it’s fun,” said Deborah Graham of Victoria.

The Port Alberni Toy Race has raised approximately $2 million in its 38-year history and almost as much in toy donations.

“I’m coming back and meeting all the friends I haven’t seen in years and yeah it’s a good time,” said runner Glen Potter.

This is the largest charity campaign in the Alberni Valley, providing Christmas toys for children and funding events throughout the year.

It’s also the biggest motorcycle ride on the island and a ‘must see’ event for everyone.

“So many beautiful bikes, we have the classic 1940s bikes, the Indians here and all the way to the new hot rod bomber bikes,” said David Wiwchar, president of the Port Alberni Toy Run. “You can see the latest models people have and tell them about their experiences and yes, bikers love bikes.”

And when the motorcycles started and started rolling, they took Highway 4 back from the park, all the way to Port Alberni.

“It’s a big rush, like when everyone turns on their bikes and gets going, it’s a really big rush knowing that everyone’s here for the same thing,” said the fourth-year racer. Kevin Gower.

“You feel like the Candy Man. It’s nice. It’s such a warm feeling in your heart,” added Lisa Dusome, who flew in from Langley for the ride.

Cycling enthusiasts and supporters lined the road to see the spectacle as cyclists weaved their way along Highway 4 past Cameron Lake, through Catheddral Grove, over ‘the hump’ and into Port Alberni.