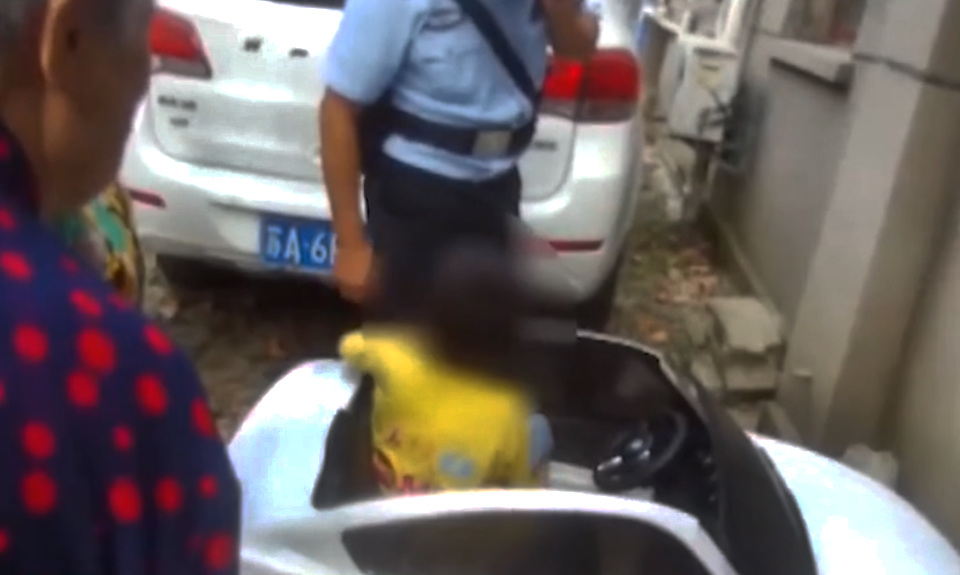 You’ve probably seen them. And maybe was almost run over by one. Young boys discover the automobile. But these “cars”, designed as toys, generally remain within the confines of residential complexes. That was until the Nanjing police had a reason to arrest one.

In recent days, and as many no doubt have done, the parents of a 10-year-old boy have decided to take a National Day nap.

And the boy decided now would be a great time to take his favorite toy for a ride. On the main road.

Fortunately for the young boy, he was only able to drive to the gate of his neighboring town, before the police, alerted to his act, intervened.

The cops, who were trying not to laugh, began by asking for the boy’s name.

After determining where he was coming from, the police then had fun patiently spending time educating the boy about road safety, driving etiquette, and the reasons why such toy cars should not be driven on. a public road.

Gulou District Police Officer Wang Yisi spoke to the media to remind the general public that these electric cars are, and always will be, toys.

As such, they should only be used in a safe location; within a residential community and under adult supervision, reports The Paper.

In fact, the police classify toy vehicles of this type as personal transporters. And that means taking them on the road is an absolute no.

Back at the scene of the crime, the amused police escorted the boy to his home and drove his car to the door of his community.