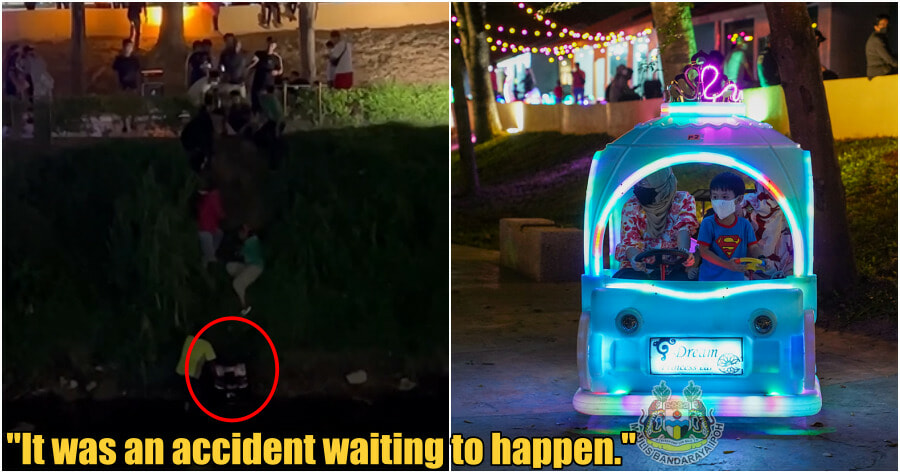 We’ve all seen our fair share of accidents happen at amusement parks. Rides that malfunction and suspend people in the air, to parts of ride machinery that fall, causing screams from onlookers.

Recently, an accident that occurred prompted members of the public to band together and act quickly to save a child.

In a post shared by Perak Press on Facebook, a child reportedly fell into the Kinta River while driving a small electric car at Kinta RiverWalk Amusement Park, Ipoh.

Members of the public were seen forming a human chain on the banks of the river to save the child.

It also emerged that a man and woman who were part of the rescue effort have been hurt and were taken care of by paramedics. 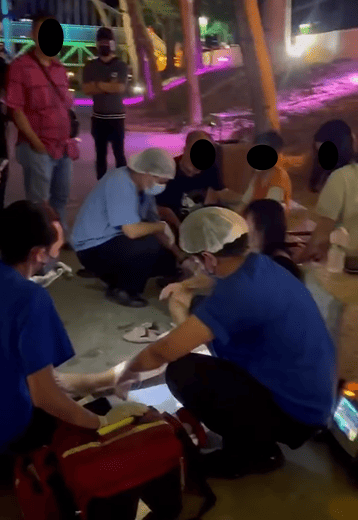 One of them was then seen carried away on a stretcher as an ambulance waited nearby.

Operators are to blame

Netizens expressed that operators should be more responsible and put up a fence to separate the footbridge and the river bank.

“It’s dangerous because it’s right next to the river…there should be a fence built around the fence so no one gets into the river,” commented one user.

One user said it was a impending accident.

The lack of a fence separating the boardwalk and the shore combined with the potential for children lose control of the electric car and get into other cars was a recipe for disaster.

Some users have also drawn parallels between this electric toy car attraction and the scooter rides in Lumut, Perak.

They said the surrounding area poses a hazard to visitors riding the rides as the promenade is by the sea, with inconsistent fences along the way.

With restrictions lifted and recreational activities returning, it’s easy to get caught up in the newness and excitement of everything.

However, while the threat of Covid-19 has diminished, there are still other concerns about the physical safety of public recreational activities that all members of the public should be proactive.

Do you know of any other entertainment venues with questionable security practices? Let us know in the comments!

Also Read: Genting SkyWorld Reportedly the Most Anticipated Theme Park in Southeast Asia and It Will Open in 2021! 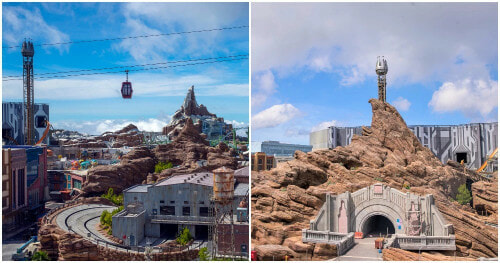 Disney’s BEAUTY AND THE BEAST at TOY. “Isn’t it amazing?” Yes it is.