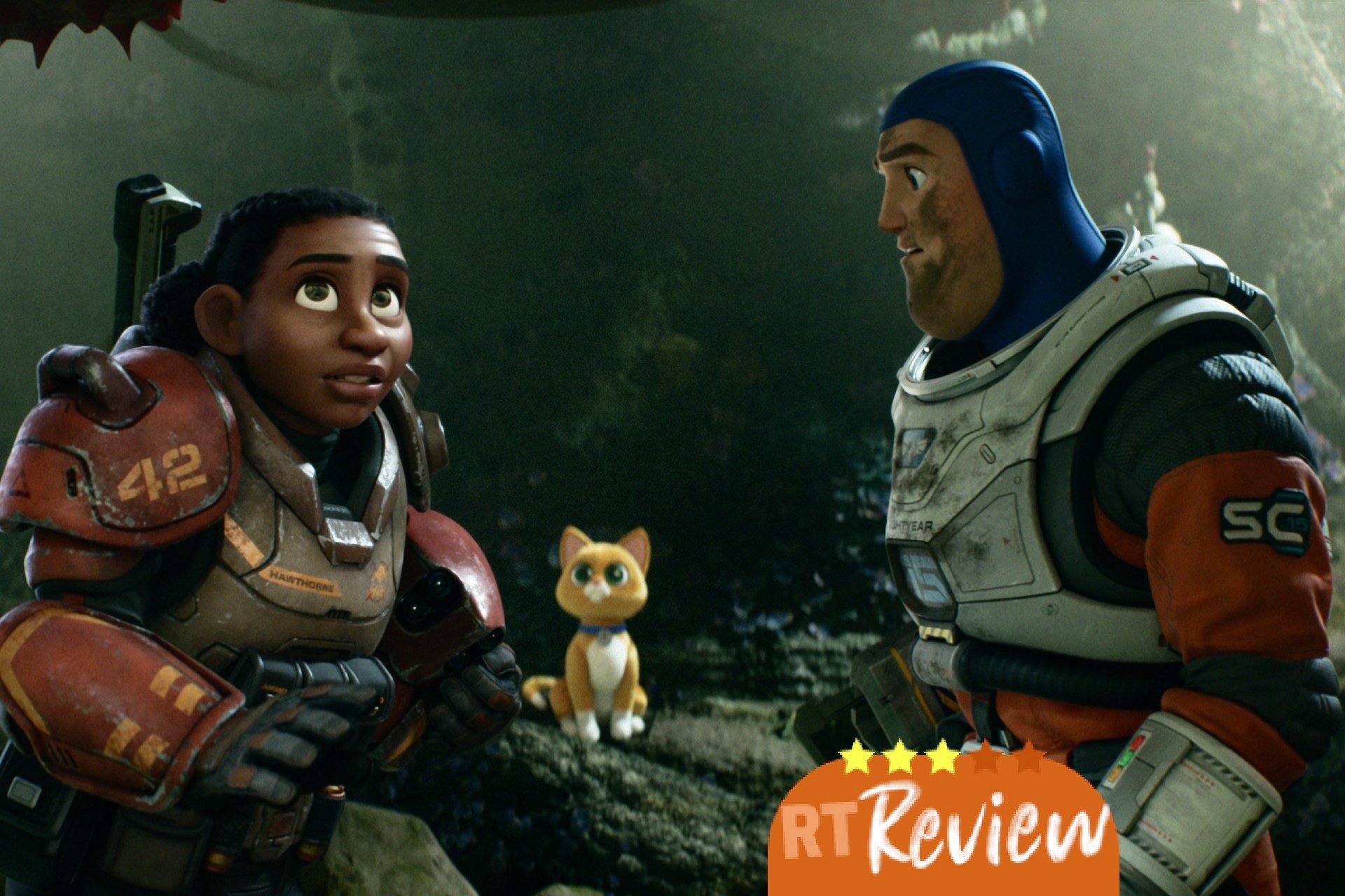 At the start of Lightyear – Pixar’s new Toy Story spin-off film – text appears on screen informing us that the film we are about to watch was Andy’s favorite film of 1995, the very one that encouraged him to buy his beloved Buzz Lightyear toy all those years ago.

While this is arguably a more cohesive introduction to the film than star Chris Evans’ much-derided statement when it was initially announced – “It’s not Buzz Lightyear the toy. It’s the story of origin of the human Buzz Lightyear that the toy is based on” – it also means that the film sets itself a rather lofty goal: for it to truly be considered a success in its own right, Lightyear needs to sound convincing that he could to be the favorite film of at least some of its young target audience.

To really answer if it succeeds for these reasons, you’re probably better off asking a bunch of tweens, but my personal opinion is that’s not enough. It’s undoubtedly a fun and often fun time in cinema, with well-executed sets and consistently gorgeous visuals – but it doesn’t quite have the invention or emotional heft of some of Pixar’s best efforts, and ends up feeling relatively disposable as a result.

It doesn’t help that the story itself is a bit too convoluted for its own good. There are several false starts before we’re finally launched into the main thrust of the action, which sees Buzz team up with a ragtag cast of characters – including his former colleague’s granddaughter and an escaped convict whose the criminal past is kept deliberately ambiguous – as they hatch a plan to finally escape from a planet it crash-landed on several years ago.

Before we get to that, there are a few good moments – a montage that sees Buzz repeatedly age four years at a time due to time dilation, with echoes of Interstellar, is a particular highlight – but the setup is a bit stop-start and prevents the film from gaining much momentum in its early stages.

Luckily, when it does finally get going, it’s hard not to fall in love – and as a thrilling sci-fi comedy adventure it definitely hits the mark, with plenty of engaging action scenes and one or two startling revelations later.

Towards its conclusion, the mission puts the team directly in the path of Buzz’s nemesis, Emperor Zurg, voiced here by James Brolin, who leaves the main character with a moral dilemma that will pose interesting questions to young audiences. , as any science-fiction tale worth its salt should.

Pixar has always been particularly brilliant at creating lovable and hilarious characters, and Lightyear once again excels in that department. Sox, a robotic cat assigned to Buzz near the start of the film, is sure to be the star, providing most of the laughs and often helping out the gang when needed. (In fact, Sox is such a great character that you wonder why the most wanted toy in the Toy Story universe was Buzz and not him.)

Mo Morrison – another comic relief character voiced by Taika Waititi – is a little less successful, but overall the group dynamic between the central heroes works well, and there are some great moments between Buzz and Izzy Hawthorne. , the young upstart played by Keke. Palm.

The vocal performances across the board are also generally well done – it’s to Chris Evans’ credit that you never feel like you’re just listening to Captain America in the lead role – and several of the space sets are truly magnificent to watch. watch, with Pixar’s animators doing an amazing job of creating an enjoyable intergalactic world for its audience to get lost in.

Where the film isn’t quite as successful – and maybe that’s nitpicky – is that it feels a lot like a film made in the early 2020s rather than one released in the 1920s. 1990, which is when it would have been released roughly according to the Toy Story timeline.

This is where a little more invention might have been welcome – leaning into a more retro aesthetic would have added another dimension to a film that, for all its charms, feels a bit inconsequential in the end.

Still, even if it doesn’t quite go to infinity and beyond, it’s a nice addition to the Pixar canon – which includes more of the well-meaning life messages we’ve come to expect from the animation studio. and enough good times to keep its target audience firmly entertained throughout.

Lightyear hits UK cinemas on Friday 17th June 2022. Find out what else is on with our tv guideor visit our Movies hub for more news and features.

The latest issue of Radio Times magazine is on sale now – subscribe now and get the next 12 issues for just £1. For more from TV’s biggest stars, listen to the Radio Times podcast with Jane Garvey.