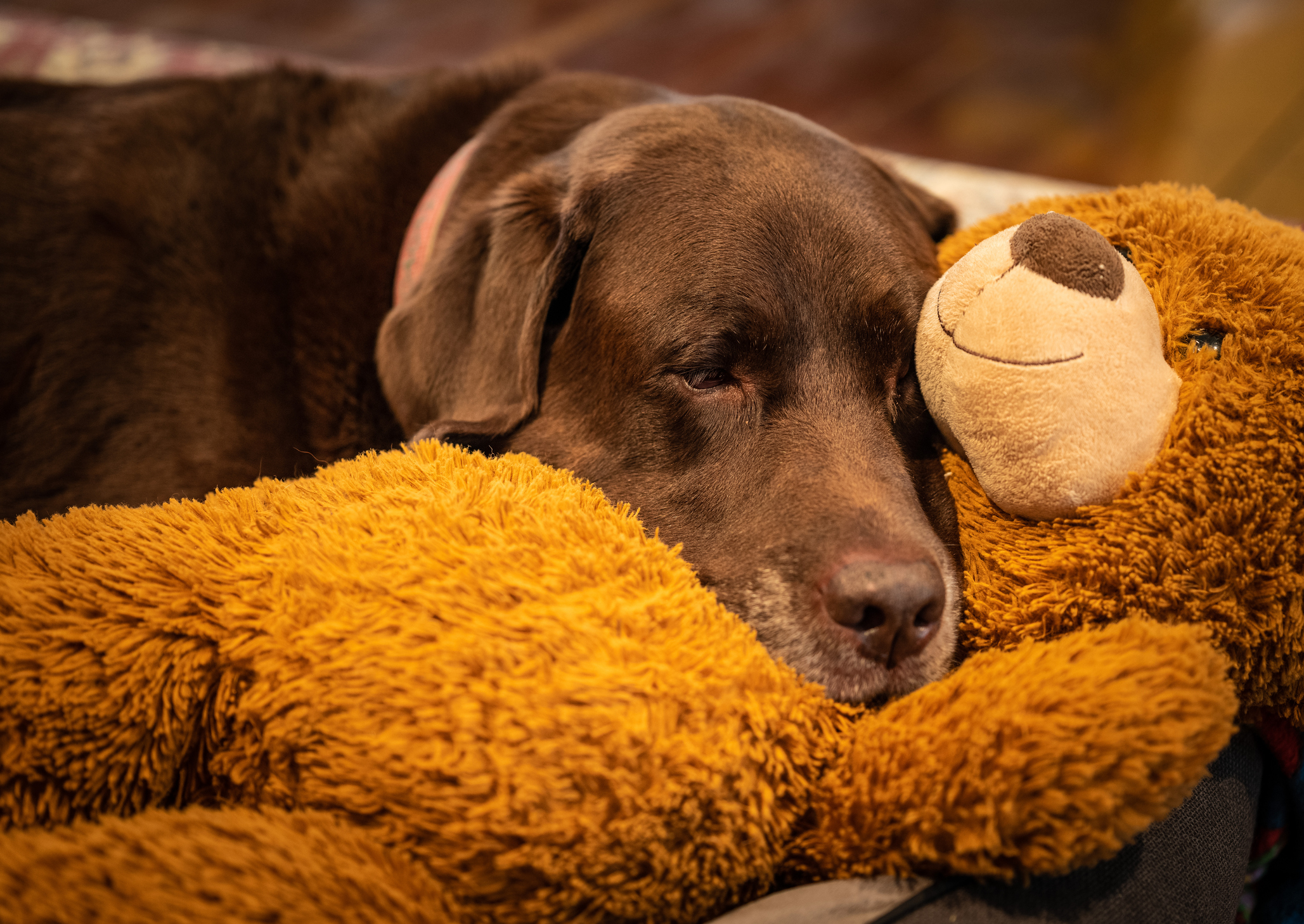 An elderly Labrador choosing which stuffed animal he wants to take on vacation is melting hearts online.

In a video posted to TikTok by user @staceymichellebra on Sunday, Marley the Labrador slowly walks towards his toy box. After a few seconds of reflection, he chooses his bear and takes it with him.

TikTok users raved about the footage, describing Marley and his cuddly friend as “adorable”, and the clip received over 5,000 likes and 104,000 views.

A study published in June 2022 in the journal animal cognition found that dogs use multiple senses to find their favorite toys, giving them the edge when it comes to hide-and-seek.

Previous studies have shown that dogs use a combination of sight and smell to find objects, but scientists at Eotvos Lorand University in Budapest, Hungary, found that “gift-word learners” or GWL can also include object names. They can not only recognize objects they have encountered before, but also distinguish them from similar objects based on verbal labels.

Researchers have found that dogs mentally “register” an object’s characteristics the same way humans do, creating a “multi-sensory image.” For example, this process allows them to find their favorite toys in the dark based on scent, or for blind dogs to find the ball when playing fetch. In the case of GWLs, they can also recall the item based on name alone, which gives them an advantage.

In the clip, Marley’s owner, Stacey, asks him, “Which teddy do you want to take on vacation?

“Go pick a teddy bear out of your toy box. You can take one.”

Marley then walks over to his toy box, and after briefly gazing and sniffing at his toys, he goes to get his teddy bear.

“You’ll take your bear. Come on then,” Stacey said. “Are you sure now, you really want this one?” she asks as he puts her teddy in his mouth.

TikTok users couldn’t get enough of Marley and his bear, with Donna Sewards describing the clip as “beautiful”.

Other pet owners found the scene relatable, comparing their own dogs to Marley.

“I’m so glad I’m not the only one with a golden Labrador with a huge toy box,” Jo Webster commented, while Tracy Ruth Miller wrote, “Buster is going on vacation soon, it will be a bunny for him . “

TikToker karkar commented, “My lab is the same! I won’t get on the couch until she has one with her!”

Marley isn’t the only dog ​​to take his toys on vacation. Earlier in 2022, a collie named Baxter delighted TikTok users by taking his favorite toy on a trip to visit ‘Grandma’, while a dog named Bennett was dubbed ‘the cutest dog ever. times” to make sure all of his toys have food and water.

Do you have funny and adorable videos or photos of your pet that you want to share? Send them to [email protected] with some details about your best friend and they could appear in our Pet of the Week range.

Five Surprising Reasons Your Home Loan Could Be Denied