The sex toy industry is still developing in India but its growth is becoming noticeable due to the increase in demand.

Understanding and acceptance of self-pleasure is increasing along with the use of sex toys.

Hence, many more people are contributing to the overall growth of the market in the country.

Another factor in this growth online is the way Indian law prohibits the display or sale of “obscene material”. So, it is difficult to simply buy sex toys in stores and stores.

This had led Indians to buy online or on the gray market.

The rise of online retailers selling sex toys eliminates the risk of Indians falling victim to societal judgment, which is a matter of major concern to individuals.

According to a recent to study through Research and markets conducted in January 2021, the Indian sex toys market was valued at $ 91.34 million in fiscal year 2020.

It is also expected to grow at a double-digit compound annual growth rate (CAGR) of 15.87% through fiscal 2026.

Demonstrate that the Indian sex toy market is on an upward spiral.

Despite the growth, the sale of sex toys in India is a controversial issue.

This is due to section 292 of the Indian Penal Code which prohibits the display or sale of obscene objects.

The law says it “deems the sale, advertising, distribution and public display of books, sketches, drawings and any other” obscene “material illegal.

This has shifted Indian demand online and also shopping from specific street vendors or places such as Delhi’s Palika Bazaar or Mumbai’s Crawford Market where sex toys are sold as wellness products.

Therefore, selling or displaying sex toys classified as â€œobsceneâ€ material means that it is against Indian law.

Snapdeal, one of India’s largest e-commerce companies, was sued in 2015 for selling different types of â€œsex toys and accessoriesâ€.

A complaint that such companies were selling products that “aided or promoted gay sex”. was filed by Delhi Supreme Court attorney Suhaas Joshi.

Section 377 of the Indian Penal Code (IPC), which criminalizes same-sex relationships and unnatural sex, was also used against the patent office in this case.

This kind of case has sparked some creativity among online sellers.

To get around the “obscene” law, sex toys are categorized as sexual wellness or massage devices, making them comply with the Medicines and Cosmetics Act.

IMbesharam.com is a growing Indian online retailer which was founded by Salim Rajan and Raj Armani and endorsed by Sunny Leone.

Armani says, â€œSome of our new products are disguised as general FMCG products so they don’t invite curiosity or suspicion.

However, to comply, Armani also said:

“They are ready to change operations, if the laws of the nation require them to do so.”

The growth of online sex toy sales in India has given rise to some interesting discussions.

Figures from studies and online sellers show that demand is certainly increasing.

The 2020 Covid-19 pandemic led Prime Minister Modi to announce that he wanted to see the country become a ‘Atmanirbhar Bharat ‘, meaning a self-sufficient country.

The pandemic has also seen a huge flurry of online sex toy orders and interest in them among potential Indian consumers.

It was a signal for Armani to consider the possibility of producing sex toys in India for Indians instead of Chinese imports.

A â€œMade in Indiaâ€ product line called â€œSamaajâ€ and â€œSanskaarâ€ was to be produced, which would be based specifically on Indian needs. The products are said to reflect Indian anatomy.

“They will have Indian preferences on girth, thickness, color and texture.”

â€œHis branding will be synonymous with our Kamasutra scriptures to bring Indian mythology to life in a new avatar. ”

This shows that the demand for Indian sexy toys will increase, as the new study by Research and markets.

It is a mathematical formula that tells you the return on an investment on an annual basis.

Therefore, it tells investors what they actually have at the end of an investment period.

The CAGR is one of the most accurate ways to calculate the performance of individual assets and anything that can go up and down in value over a period of time.

The objective of the Research and markets Indian sex toy market study was to determine the market size from exercises between 2016 and 2019.

This was achieved by conducting research with various major industry players, such as Happy birds, ThatsPersonal.com and Lovetreats.

The study also aims to estimate the industry growth rate for fiscal years 2020 to 2026, while identifying the drivers and challenges in the market.

According to the study, the sex toys market in India is based on product, user, and region.

This is due to their increased use by both men and women.

Due to the company’s judgment on sex toys in India, the market is also at risk of declining sales.

To deal with this problem, the emergence of e-commerce sites is growing at an alarming rate.

According to the study, various manufacturers are partnering with online retailers to increase their market share.

Hence, online retailers selling sex toys and accessories are one of the key factors in the growth of the market.

Why the sex toy market in India is growing 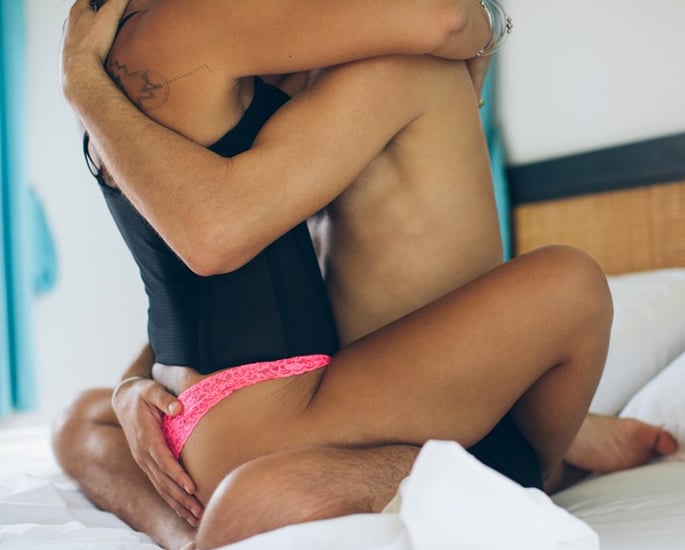 Indians embracing their sexuality is a growing trend which contributes greatly to the overall growth of the sex toys market.

Hence, the increasing number of Indians experiencing sexual pleasure is a major demand factor for them.

The presence of social taboos surrounding sex toys remains predominant. But the chains break according to the demand observed in the market.

As a result, retailers are able to offer a range of different types of toys and accessories, albeit named differently.

The demand among Indian men relative to women is also changing.

Co-founder of Its PleasureZure Divya Chauhan first saw 75% of her e-commerce site traffic come from Indian men. About 85-90% of purchases were made by men.

However, they are seeing an increase in the number of Indian women visiting and purchasing from their site. The female conversion rate is almost double which shows that Indian women are more open to the use of sex toys.

The expected growth of the sexy toy market can also be attributed to the health benefits.

Sex toys, for both men and women, can relieve stress and therefore improve a person’s overall mental health.

They are also proven to improve the quality of sleep and increase libido for better sex life.

Specific types of sex toys such as vibrators are created to enhance sexual pleasure. They can provide different variations of sexual stimulation to meet a person’s needs.

This can be beneficial when it comes to situations of decreased libido or inability to achieve orgasm, especially for Indian women.

Additionally, the increased availability of sex toys for all, including those in the LGBTQ community, is further fueling the growth of this market in India.

The sale of sex toys in India saw a 65% increase during the Covid-19 lockdown.

Despite the myriad legal and logistical hurdles the industry may face, Indian response and demand speaks volumes.

Overall, a change in attitude in India has resulted in a significant increase in the demand and sale of sex toys, especially online.

As the country’s societal norms continue to evolve, the growth of the sex toy market is sure to increase with e-commerce platforms in the lead.