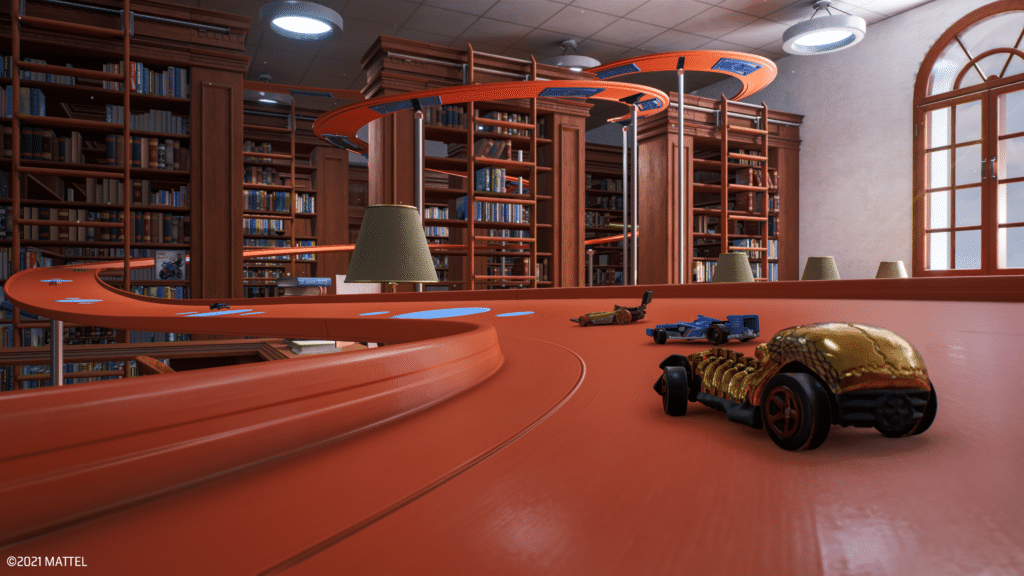 The debate was visceral and heated. “What are you talking about?” I insisted. â€œThere is no comparison. Hot Wheels is clearly better than Barbie! For one thing, Barbie is always pink and all she does is wear different clothes. Hot Wheels come in a wide variety of colors spanning the entire spectrum, and you can make them jump. And besides, the Barbies are for girls! My mystified seven-year-old self laughed in disdain and frustration, and just a little hint of anxiety (admittedly with much more childish vocabulary). I was adamant that my kindergarten mates’ daughters who picked up Barbie toys at McDonald’s were wrong in doing so. I loved Hot Wheels. Looking back over 20 years later, I’m a little embarrassed by the stupid argument. But I think I understand the intensity.

For much of the time since the introduction of Hot Wheels in 1968, it has been a solid staple toy for children almost anywhere it has been sold. Between being cheap and not taking up a lot of space, they were easy to sell for parents, mine included. It means they have been an important part of a lot of people’s lives and I was no exception. It’s personal for people. People who, at this point, range from grandparents to today’s kindergarten kids.

With all of that in mind, it’s exciting to have a new Hot Wheels video game in our hands. There have been DLC add-ons in other games (Forza, Rocket League and others) recently and the mandatory mobile games, but it’s been a while since we’ve seen these die-cast speed machines have a complete game in itself. Add to that the fact that the arcade racing genre has slowed down for years, and it’s easy to get excited that we have yet another fully formed Hot Wheels racing game on consoles. Personally, I haven’t wanted a game to be as good as I wanted this one to be for a long time. Hot Wheels deserves it. So, let’s talk about how it lives up to the legacy it draws from.

Normally the first time you start a racing game is nothing special, but I was impressed and excited the first time I started Hot Wheels Unleashed. You are greeted with the usual options to adjust screen brightness and contrast, then your level of difficulty. Right away, I found the graphic design, without being overdone or complex, to be interesting and creative. You start with three cars coming out of blind boxes. In fact, most cars come out of blind boxes regardless of whether they’ve been unlocked in the game or not. We’ll talk more about that in a minute, but suffice to say that I was disappointed (about blind boxes).

Then you’re immediately put on a tutorial run to show you the basics. The game controls similarly to what you would expect from an arcade racer. Right trigger for acceleration and left trigger mainly for drifting / breaking / driving in reverse. There is a nitro system that is applied slightly differently to each car to add variety. The cars all seem heavy enough to be well controlled, but still light enough to be small toys. The ability to spin and flip the cars while in the air is a nice touch. I remembered how little me pretended the toys were spinning in slow motion while I was spinning them in my hand.

From a gameplay standpoint, it’s clear that aside from the toys themselves, the developers drew heavily on the TrackMania Ubisoft series and classic toy car racers like the MicroMachines Games. Controls and track design are more first, visual and environmental sensitivity more second. 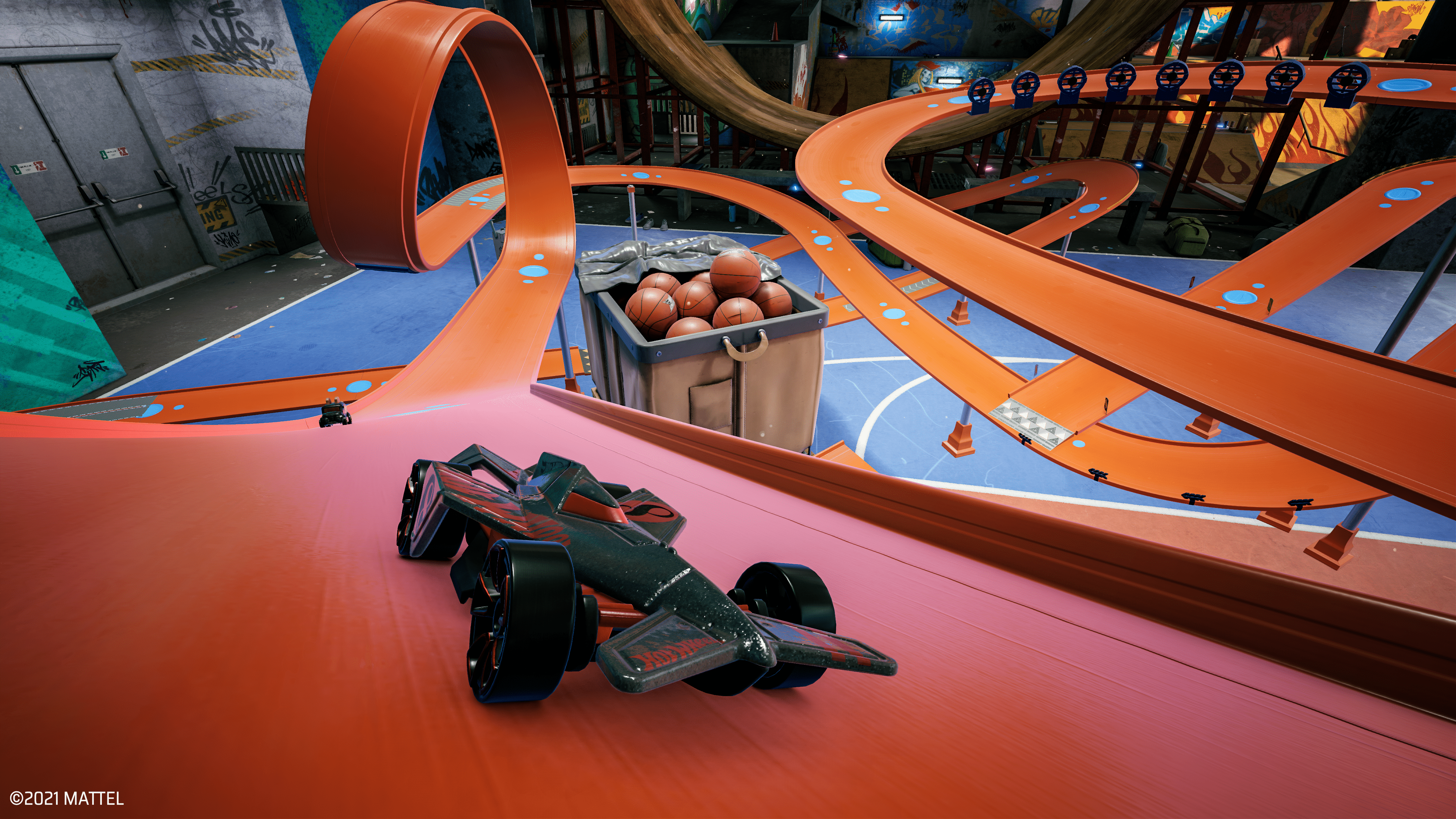 That being said, it will thrill serious fans to know that most of the game’s appearance is derived directly from the Hot Wheel toys, while also borrowing elements from proven hits like the two games mentioned previously. The cars are all modeled after real toys, as are the track pieces. Spiders shooting web balls to stop you for a second, scorpions filling the course with puddles of green mud that make you slow down, this is a shapely adaptation of the toys in a way that makes fantastic sense .

The developer – Milestone – has been making racing games, mostly simulations, for over two decades; and although this is a true arcade racing game, that expertise shines through. I’ll say it here: the racing in Hot Wheels Unleashed is really good. It shouldn’t come as a shock to anyone considering the pedigree of the team that made this game. It’s fun, clear and simple. There aren’t any weapons or guns like a go-kart racer (not that there’s anything wrong with these.), And there’s also no extra gadget to make it more than needed. The gameplay is confident and focused. The action is frantic and exciting, but not confusing. The music is fun and surprisingly good. The courses they’ve designed are mostly fantastic with one or two frustrating exceptions. However, they all feel unique despite the consistent Hot Wheels aesthetic.

Since we are MP1st, let’s talk about multiplayer. My wife and I had absolute fun running in split screen. Rarely has someone gone so far ahead that they felt they were one-sided. In my time with the game, I found that every race was a contest until the end. At first, you can only access a handful of preset tracks from a split screen, but you end up unlocking about fifty more when playing solo.

I had a hard time getting into online games as the pre-release lobbies were hard to fill, but have no concerns as Milestone did a good clean code for MXGP games and Monster Energy Supercross. If you are considering having it play split screen with your spouse, partner, roommate, or kid, I will tell you that you should go for it. Even if you want to play solo mode exclusively, I would say you should. If you want to explore the ways of customizing and creating a track, this is more of a mixed quality experience. 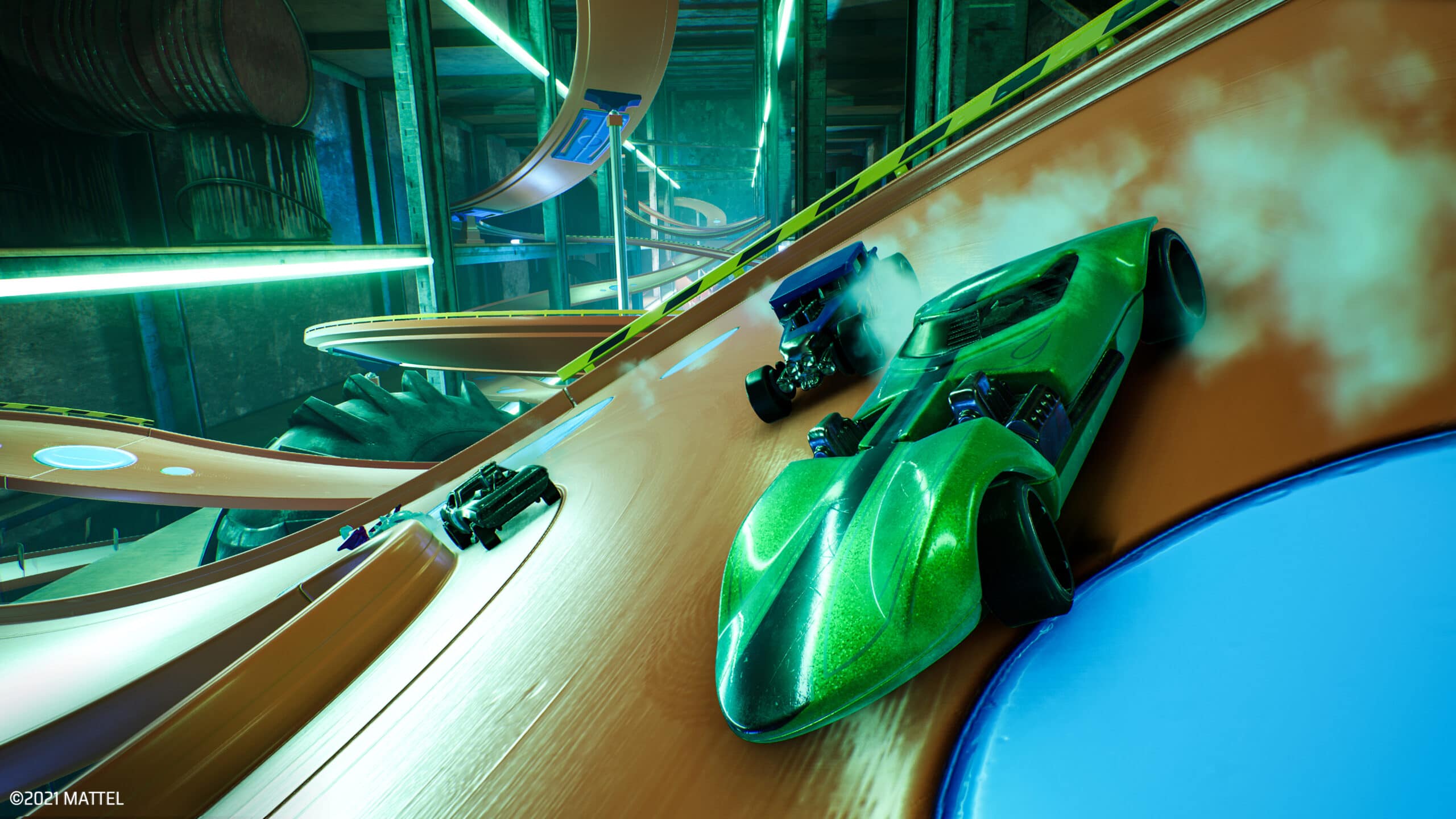 The good the bad and the ugly.

There is a huge amount of customization options in HWU. The design of the paint and decals of the individual cars and even the “Basement” environment in which you can build and race tracks are customizable. So I have no doubts that we will eventually see other customization options for sale as DLC. The other four environments are interesting on their own, they just aren’t customizable like the basement. My only criticism of this basement editor is that at launch there aren’t many options. Again, the DLC should probably change that.

The same goes for the Track Builder. You can create a track entirely from scratch in any primary environment and an additional empty room without furniture or decorations. Think of “Sandbox” from Halo 3. The problem I struggled with is that the console commands for these are all maddening to varying degrees. The basement the least, it’s mostly a series of menus, although I found it much less engaging than I would have liked. The Track Builder, on the other hand, was the most frustrating to navigate effectively with a controller.

When you first start Track Builder, there is a decent tutorial on the simpler aspects of what a track requires to be published and used. However, the actual controls of building a track seemed like a poorly designed puzzle game in its own right, and I repeatedly gave up trying to figure out what to do. It could be seen as a good thing or a bad thing I guess. The whole process can seem extremely technical and imprecise. So for people who understand it and / or who play with a mouse and keyboard, I imagine they could design some really interesting complex stuff. But for those of us who play on a console, it will be a much more difficult process to put together something cool. It’s a bit of a shame because the TrackMania the influence is obvious, and it looks like the restrictions on a gamepad will dampen this aspect for most gamers.

The livery editor, their term for the car editor, is in the middle of the ease of entry, but I was able to get used to it enough to create car skins that I thought were cool. It is very similar to the body shop in the Nightclub rockstar games. (Another great series of races that seems to have been woefully overlooked.) A wide range of color and material options for the paint job that you can then put up to a ridiculous number of stickers. Stickers range from Hot Wheels logos and expected animal designs to various English shapes and letters in upper and lower case formats. I can’t wait to see what the truly creative players will do with it. It has some accuracy issues like the Track Builder but I found it to be much more forgiving.

Light up my nitro

Overall I would say Hot Wheels Unleashed isn’t all it wants, but it’s a fantastic arcade racing game if that’s your primary interest. The fact that he uses Blind Boxes as his primary means of getting new cars is a downside as you can, and I have, got duplicates. Fortunately, they allow you to sell or break down duplicates for one of the two in-game currencies to use elsewhere. And they also have a spinning list of cars that you can buy directly, but there’s only a handful available at a time and most cost more than double the gold coins a blind box costs. This all sounds like a way to trade off between the desire to sell microtransactions without making the game feel like it’s got the hang of it all the time, and these days I guess it’s better than you. can ask. It’s worth noting that I found making money and unlocking blind boxes in single player mode to be effective enough to build a decent collection of cars without spending extra cash. 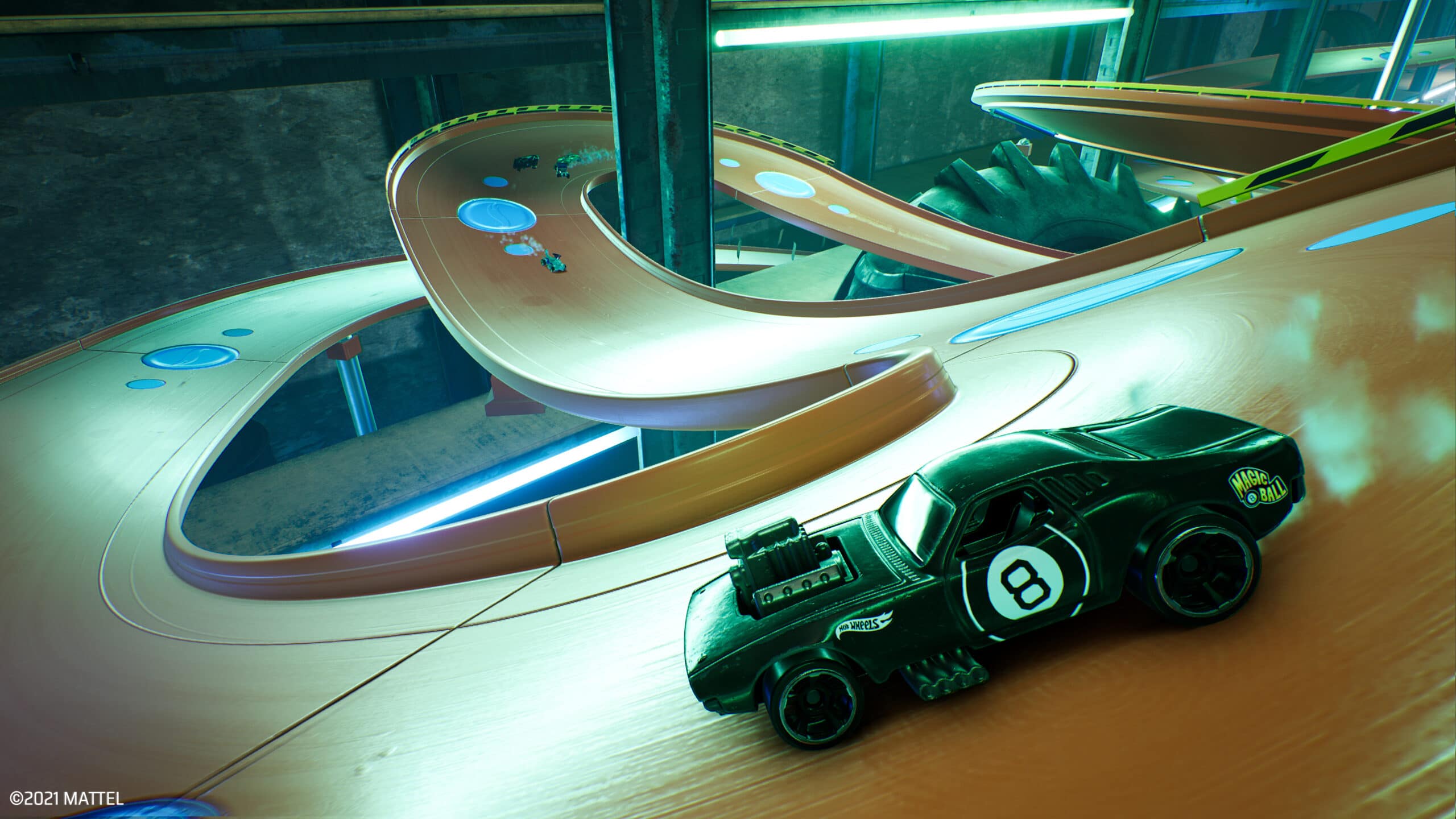 I’m giving Hot Wheels Unleashed an 8.5 out of 10. If all you’re interested in is the race itself it might be a bit higher, but the issues with the controls in the Track Builder and a few more little glitches here and there make the score for the entire product a solid 8.5. Hope people are able to see the past or even embrace the less than stellar parts because at the end of the day I think this game is worth playing and I think for fans of arcade racing is a must have game. I am happy that he met my expectations on that side. Hopefully we’ll see a resurgence of arcade racing on this generation of consoles, but whether or not that happens I’m glad we have this to kick off or hold back. Maybe Milestone could talk to Rockstar about to do the next one Nightclub game before making another one. Wouldn’t that be something.

TPE for the pet toy market