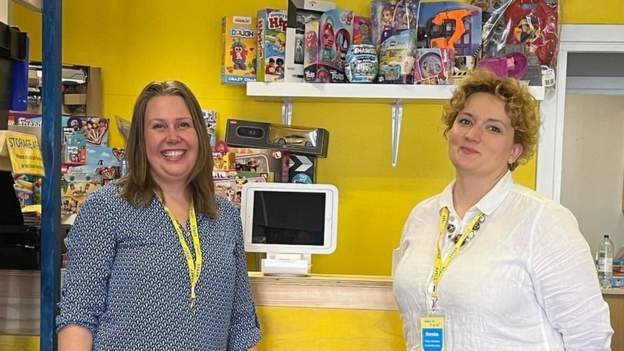 A new toy library in Glasgow hopes to help families cope with the cost of living crisis while encouraging people to reuse rather than throw away old toys.

The project in Govan has around 700 games and toys that can be rented by children ranging from toddlers to pre-teens.

The Toy Library offers a monthly subscription of £8, but is also offering free membership to some low-income families who may be struggling due to the effects of the pandemic and the rising cost of living.

The program was set up by the social enterprise Make Do and Grow.

Chief Executive Kaytie Lillie hopes the library will “connect families” while raising awareness that “reuse is not a second best” when it comes to toys.

Govan includes some of Scotland’s most deprived areas, and Kaytie said families are struggling even more than before due to the cost of living crisis.

She said she wanted to make sure parents don’t have “the horrible choice of having something for their child or having food on the table”.

She is keen to promote good quality toys for children who may not have access to them.

Kaytie believes the toy library can help families save space and reduce their carbon footprint, while saving money.

The toy library has been developed over the past year, with the help of the community and Together For Childhood, where families can access food as well as toys.

Many toys came from donations, with families giving feedback to the library about the type of toys they were looking for.

The library operates on an online reservation system, which aims to make it easy and convenient for children to select the toys they want.

Children are allowed to take home up to four toys per month. Kaytie thinks it will help struggling families save money and also benefit children’s development.

Many of The Toy Library’s volunteers are parents and members of the local community.

Gosia Dabrowska, a local mum, was a regular user of Make Do and Grow and is now the library coordinator.

She said she wanted to support struggling families.

“Parents, no matter how hard they try, they may not be able to deliver.

The organization hopes the rental system will give children access to toys they may not have had before.

Local families have joined the program since its launch earlier this month.

Kieran and Christine McMahon took out a membership for their daughter after hearing about the library through a friend.

“It’s the concept that I love…getting kids to enjoy toys, teaching them things. I think that’s really good. Cost of living comes into it as well,” says Kieran .

Christine added: “We pay £8 a month and you get four toys, that’s crazy.

“They’re learning about recycling and they won’t think they can just go to the store and just buy it. You’re teaching them.”