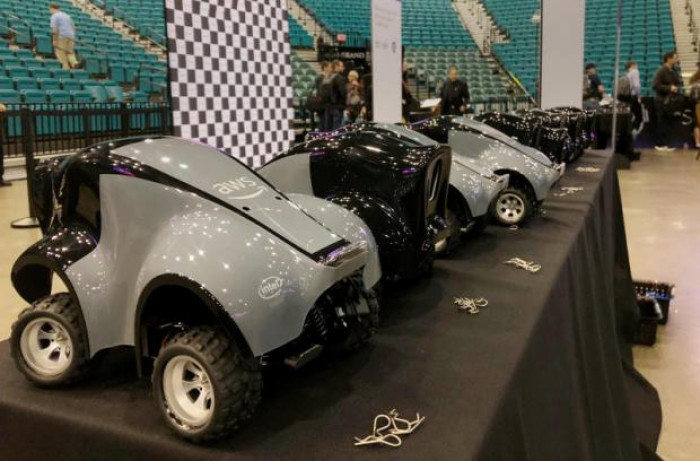 Amazon’s cloud unit on Wednesday announced a $ 399 self-driving toy car, intended to help web developers try out some of their own self-driving technologies.

Customers can train and refine machine learning models in an online simulator, then test them on vehicles one-eighteenth the size of a real race car.

Amazon Web Services (AWS) is even creating a Sports League and Championship Cup, born from the races its employees had with each other using the AWS DeepRacer car model.

“It started to get pretty competitive,” said Andy Jassy, ​​general manager of AWS, at the company’s annual cloud conference in Las Vegas. “We had to remind people that we were actually trying to build this and launch it for the clients. But it was actually quite interesting and educational for us.”

He added of the upcoming competition: “This is the world’s first free-for-all autonomous racing league.”

The news represents yet another opportunity for the world’s leading cloud computing company to get people to try its machine learning services, such as Amazon SageMaker, by applying them to the car.

It also raises questions about Amazon’s interest in autonomous vehicles, a booming field that has attracted heavy investment from automakers and tech companies, including Amazon’s rival Alphabet Inc.

Simulations similar to the races offered by Amazon are common in academic circles studying how traffic management works in the age of self-driving cars.

Granted, autonomous vehicles rely on sensors, lidar, and other components that are not at the heart of AWS DeepRacer.

Best Cheap Toy Deal Of The Day: £ 100 Off The Anki Vector Your Kids All Want For Christmas