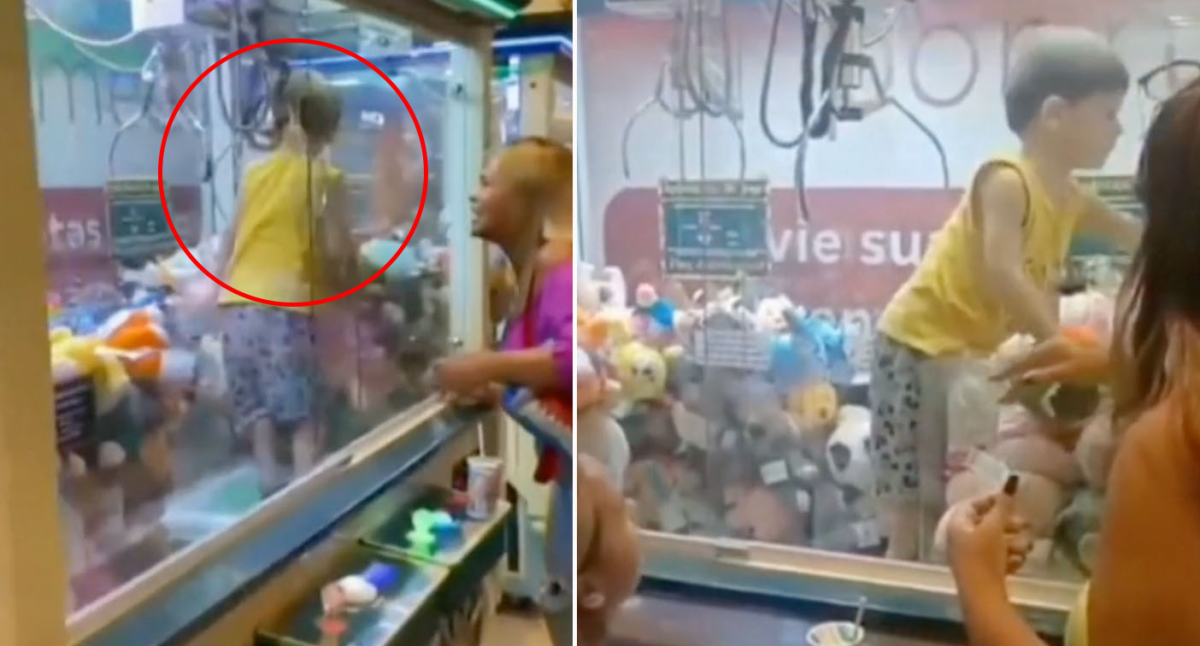 An adventurous toddler has found himself among a mountain of stuffed toys after climbing inside a claw machine at a mall in Brazil.

The sight puzzled onlookers who saw the boy playing inside the giant toy box, but no one was more shocked than the little boy’s mother who begged him to come out.

In a video shared to TikTok by Sky News, the fearless boy is seen bouncing with excitement as he explores inside the toy machine.

He doesn’t seem too bothered by his mother banging on the glass and begging him to come out.

It appears that she tries to guide him through the flap he presumably entered, but he continues to ignore her pleas.

Soon after, a large crowd eventually gathers around the glass box as they watch the little boy play inside.

And in the end, the boy was recovered safe and sound with a new stuffed animal to take home.

The crazy scene left TikTok users wondering how the toddler got in to begin with.

“How the hell did he even get in,” one asked.

While another joked, “a future hacktivist”.

Some said “the machine needs to be more secure”.

“Nothing like choosing your own toy, well done,” someone else said.

The same thing happened in Queensland in May when a little boy climbed inside a toy machine at a Coles store in Cairns.

Firefighters from Cairns South Fire and Rescue Station were called to the scene to rescue the boy and were able to free him within minutes of the shooting he entered.

Do you have a tip for the story? Email: [email protected]