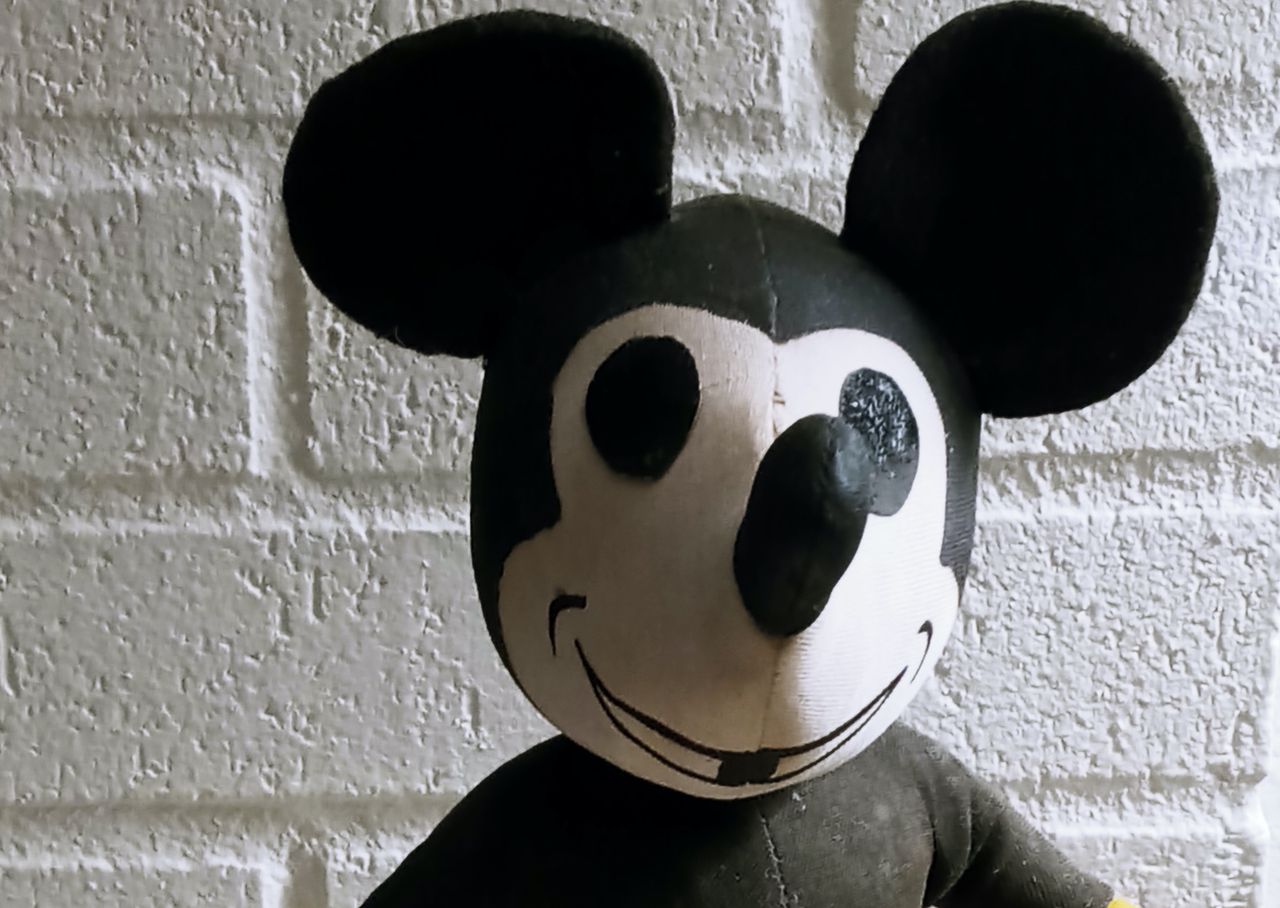 Each of this month’s collectibles has ties to American history, from the Tiffany fireplace to a coveted Mickey Mouse doll, furniture specially designed for the U.S. military, an advertising calendar, and a hand-colored photo portrait. . Each tells of moments that have passed and span the years between the late 1800s and the 1950s.

Q. My father bought it several years ago. It works well. Can you tell me something? The height is 11 Â½ inches, the width is 14 Â¾ inches, the depth is 6 Â¾ inches. The urns are 11 inches high.

A. Your clock set is from Tiffany & Company of New York and dates to the last quarter of the 19th century. It is neoclassical in style and appears to be in black basalt set with red marble, with gilded bronze fittings. The trim sets consisted of three pieces, most often a clock and two vases, and were intended to be displayed on the fireplace mantel. At auction, you might expect an estimate of $ 500 to $ 700 for such a set, although interest in such pieces has recently increased. A dealer specializing in 19th century American Victorian furniture could very well ask for $ 2,000 to $ 3,000 if the clock is ticking and the set is in excellent and undamaged condition.

Q. I received this doll for Christmas in 1938 and have owned it ever since. I’m interested in its current value because it’s time in my life to sell Mickey Mouse. It is 13 inches high and 9 inches wide.

A. In 1930, Los Angeles-based seamstress Charlotte Clark created the basic model for this doll, based on sketches by her nephew, Bob Clampett, who went on to develop Porky Pig, Daffy Duck and Tweety for Looney Tunes. and Merrie Melodies. Clark approached Walt and Roy Disney for permission to produce and sell the doll, but they set her up in a rented house near the Disney studio, where she worked with a small crew to make them. This is not one of those original hand-sewn dolls, but it is an early example of Clark’s design produced by the Knickerbocker Doll & Toy Co. from 1934 to 1941. It appears to be in very good condition. state. At auction, other Mickey Mouse Knickerbocker dolls in excellent condition have fetched prices of $ 300 to $ 500. Sometimes collectors bid much higher for rare examples. A retailer specializing in Disney collectibles can charge between $ 1,000 and $ 2,000 for such an old Disney toy, if it is in exceptional condition. Thanks to art critic and toy historian Nick Curtis for assisting with this assessment and to Disney archivist and historian Libby Spatz.

A. Your Dry Bar was manufactured by George Zee & Co. of Hong Kong. Zee first studied to become a minister at Princeton Seminary in the United States, but in the 1930s he entered the furniture business in Shanghai to support his large extended family. He moved to Hong Kong shortly before the Communist takeover in 1949 and quickly became a major supplier of furniture for the US military stationed there. Its reputation has been built on the quality of its products, each part bearing a serial number and guaranteed to never crack or warp. After his death in 1968, his widow ran the business until it was dissolved in 2010. Your bar dates from the 1950s. At auction, you might see a selling price of $ 200 to $ 300. A dealer specializing in post-war Asian furniture can charge between $ 800 and $ 1,200 if it is in excellent condition.

Q. This calendar was in my grandmother’s house when I was a child. It dates from 1946. Is it worth anything?

A. Your calendar is an illustration titled “So what? By Adelaide Hiebel, a popular illustrator from the second quarter of the 20th century in the United States. His prints are collectable and his images of young boys in boxers are among the most sought after. This was an advertising calendar for Campbell Mills of Campbell, Nebraska. At auction, it could sell for between $ 200 and $ 300, although similar calendars of Hiebel children’s boxers have sold for over $ 1,000 at auctions in the past. An American advertising art dealer could charge between $ 600 and $ 900 for such a calendar, framed, in excellent original condition.

Q. I am writing to you to see if you can identify this drawing. I believe it is from the time of the Civil War. I bought it from a garage sale in Tigard about 20 years ago for $ 35. The woman we bought it from said it was bought at an auction. I removed the bracket, but there were no identifying marks. The design measures 14 inches x 18 inches and with the frame the image measures 24 inches x 27 inches.

A. Your drawing is often referred to as “Pencil Portrait” or “Pencil Enlargement”. These were common in the second half of the 19th century and were even made in the early 20th century. The advantage of these was that they were much larger than the daguerreotypes, ambrotypes, and tintypes of early photographs, and much more affordable. The Conte pencil was used to enhance the image. Your portrait appears to be in a nice period frame. If you could identify the model, and if it has historical significance or an interesting personal story, it can add value. As an unidentified portrait, at auction you might see a sale of $ 60 to $ 100. A late 19th century American antique dealer can charge between $ 150 and $ 250 if it is in good condition. These extensions are often fragile – here is some good information on caring for the Gerald R. Ford Conservation Center.

The values â€‹â€‹discussed for the items shown in this column were researched by the Portland Rater Jerry I. Dobesh, ASA, an accredited senior appraiser with the American Society of Appraisers, with a specialty designation in Antiques and Decorative Arts. Its services include providing assessments for inheritance rights, charitable contributions, insurance planning and loss, and fair distribution needs.

To find an assessor, contact the American Society of Appraisers, the International Society of Appraisers, or the Association of Assessors of America. The estimates suggested in this Collectibles column are for general information purposes only and cannot be used as a basis for sales, insurance or IRS purposes.

In order for elements to be considered for inclusion in future columns, please send us your high quality images, preferably at least 300 dpi, 1MB in size and in jpeg format. Photos should show each object in its entirety and should be clearly focused and well lit to show detail. If there are any maker’s marks, please include a picture of them. Include measurements and information about the condition of the part.

Please include your name and city, as well as your contact details; phone number or email address. Contact details will not be published. The Oregonian will retain the rights to use the photographs for its print, marketing and online media.

– Carolyn Patten, for The Oregonian / OregonLive